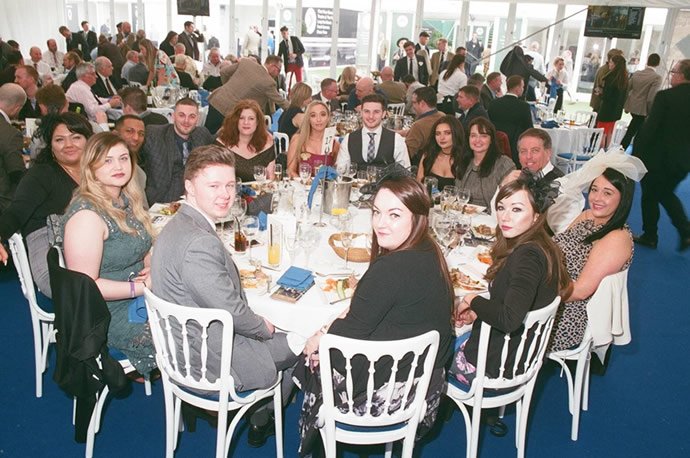 Gold Cup Day is the climax of the entire Jump racing season and one of the most sought after titles in racing. It is recognised worldwide as the pinnacle of the jump race calendar, with an atmosphere to match.

On Friday 16th March, the teams at Praetorian Legal and Mercantile Claims celebrated a year of success with a  Champagne Limousine trip to Cheltenham races, at The Venue.

The Venue is situated in the hub of the tented village close to the Guinness Grandstand and Parade ring. The luxurious hospitality facility was an exciting place to be on the day, with many exclusive amenities included.

The day started with morning coffee and biscuits on arrival, a glass of Champagne prior to lunch, a four-course luncheon, consisting of a Smoked Salmon starter, Lamb Main and chocolate truffles dessert, followed by a cheese board and afternoon tea. The Venue also included a complimentary bar, racing newspapers and cards, guest tipsters, Tote betting facilities, live entertainment and a VIP hostess service. The day ended with a live singer and guitarist, with the entire room on their feet dancing. Enjoying the live entertainment, the Praetorian team even started a conga line.

The Timico Cheltenham Gold Cup was won by ‘Native River’ and Champion Jockey Richard Johnson, who held off the favourite ‘Might Bite’ for an exciting finish up the famous Cheltenham Hill.