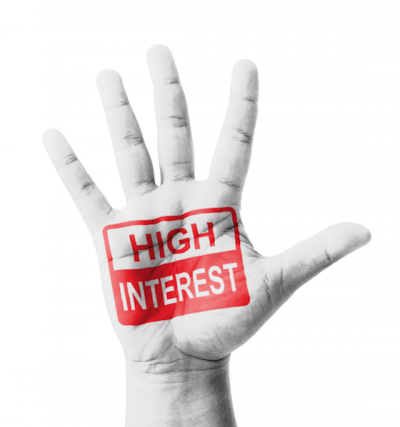 The financial watchdog, the FCA, wants to crack down on high-cost-credit, an issue which effects more than 3 million people in the UK. The Financial Conduct Authority has announced plans to cap fees in the rent-to-own market, where you can but furniture or appliances by way of weekly or monthly payments, at a high interest rate. They also want to crack down on doorstep lending, where the lender comes to your home and collects payments. It also wants stricter regulations on catalogue shopping, which also charge an extortionate amount of interest on the goods they sell. On overdrafts, the FCA says banks should give customers more information. Some campaigners say they want a cap on overdraft fees. The FCA proposals cover a wide range of high interest lending products.

Some of these issues effect many people, who end up paying thousands extra for simply purchasing the necessities for their homes, through the many buy-to-rent schemes in the UK market. Often customers didn’t have any choice but to purchase these items this way and end up feeling ‘ripped off‘. These are low income households who are vulnerable and should not be exploited says the FCA.

There are more than 400,000 rent-to-own customers in the UK and now the FCA are proposing a cap on these fees by next April, as well as a ban on extended warranties. Other proposals include stricter controls on doorstep lending. Store card and catalogue credit firms will need to do more to help customers avoid persistent debt.

Andrew Bailey of the FCA said:

“What I want to see in this country is a selection of the population that is dependent on this sort of credit gets a better deal. At the moment they are not getting a good deal and we owe it to them, we owe it to the more vulnerable members of society to frankly ensure they get credit on better terms”.

Unauthorised overdraft fees can also cost consumers a hefty amount. High street banks made £670 million from overdraft fees in 2016 and most of that came from just 1.5% of customers. Regulators want the banks to do more, such as introducing text warnings of potential overdraft charges.

Campaigners, though, say these measures are not enough.

Gareth Shaw of Which? Said:

Lloyds Bank has already scrapped fees on unplanned overdrafts and, hopefully, the other banks will follow suit, as the FCA is still reluctant to enforce this rule on the banks.