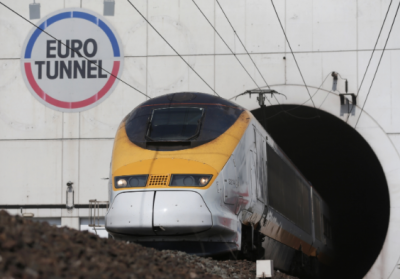 It was one of the busiest weeks of the year for Eurotunnel but travellers were left frustrated when their holidays got off to a bad start.

Massive traffic jams formed on the M20 near Folkestone, in Kent, with drivers abandoning cars to seek shade, on the hottest day of the year. Some passengers reported seeing a mum holding a child, faint in the heat in the packed terminal, as temperatures in cars reached 39C. Eurotunnel staff resorted to opening a fire hydrant so children and pets could cool off, as drivers complained they had no access to water.

The delay was due to air conditioning units failing in the 30c heat, but passengers claimed the faults were due to poor maintenance.

Many took to social media to complain about the service, which saw people stuck on the side of the road, abandoning cars to seek shelter from the heat. One disgruntled passenger wrote: “Disgraceful lack of maintenance being blamed on unprecedented weather conditions. Waited 1.5 hours for the barriers to even get on site and now told to expect a 5 hour delay.”

Another person wrote: “Queueing on the M20 for Eurotunnel – how to ruin a one week big family holiday. Huge delays to check-in and departure, followed by a six-hour drive to come, with young children = 9 very tired people, before we have to do it all again coming back.”

A spokesperson for Eurotunnel said: “The prolonged and unprecedented temperatures in the South East of England are affecting the air conditioning on board our shuttles. We will be running additional departures, above normal timetable, with the goal of removing waiting times.”

So what should you do if your Eurotunnel trip has been delayed?

Eurotunnel advise any customers who want to make a claim, to make their complaint in writing to their customer relations team. The team will investigate and respond to each request within eight working days.

Customers who are unsatisfied with the attempts to resolve a complaint have been advised to take further action through alternative sources.

Eurotunnel terms and conditions do not guarantee that they will compensate customers. However, they have compensated customers in the past because of delays and cancelations and if Eurotunnel cancelled your trip, you can claim back the full price of the ticket.