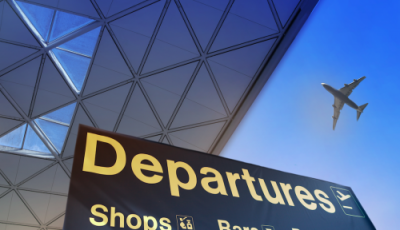 Ryanair has announced a total of 16 flight cancellations tomorrow, as pilots vote to strike for a third day. With more strikes arranged in the coming days, Ryanair Chief Executive doesn’t seem to be backing down or wavering from his unsympathetic tone, threatening striking workers with job loses if it continues.

This comes after the airline reported a 22 percent fall in profits during the first quarter.

Irish pilots are due to strike tomorrow and cabin crew in Belgium, Portugal and Spain are due to strike on Wednesday and Thursday. The airline have had to cancel a further 600 flights. All passengers should have been notified by email or text.

Tomorrows strikes will mean 16 flights to and from Ireland will affect 2,500 passengers who have flights booked with the airline. Crew warned the airline months ago they would take action after presenting Chief executive, Michael O’Leary, with a list of demands. Representatives of cabin and ground crews across Europe said there had been little progress in negotiating with O’Leary and the airline had not done enough to improve their terms. A list of demands by staff highlighted the need for improvements to economic conditions, safety, working hours and workplace culture. They also urged Ryanair to relinquish it’s precarious agency employment, provide staff with sick pay and put an end to the strictly enforced sales targets for onboard duty free and scratch cards.

Refusing to concede to any of the issues raised by staff, O’Leray warned that continued strikes could mean job losses. In a statement, O’Leary said:  “While we continue to actively engage with pilot and cabin crew unions across Europe, we expect further strikes over the peak summer period as we are not prepared to concede to unreasonable demands that will compromise either our low fares or our highly efficient model. If these unnecessary strikes continue to damage customer confidence and forward prices/yields in certain country markets then we will have to review our winter schedule, which may lead to fleet reductions at disrupted bases and job losses.”

The 48 hour strike set for Wednesday and Thursday this week is set to be the worst in Ryanair’s history and holidaymakers travelling between Belgium, Spain or Portugal will probably see their flights cancelled.

The Civil Aviation Authority has advised passengers to seek compensation if they are affected, as they are entitled to it if their flight is delayed for more than three hours, or is cancelled.

In a statement, they advised that “when a flight cancellation is caused by strike action by the airline’s employees, the airline is required to pay compensation to passengers”.

How to find out if your flight is cancelled

There is no definitive list of the cancelled flights, but if yours has been cancelled then you should have received an email and/or text message to the address and number provided when booking. So check your emails and texts, and if someone else booked your trip then get them to have a look.

If you have not received any communication then your flight should be fine, but if you want to double check then you can check Ryanair’s live flight info here.

For anyone who is on holiday when their flight is cancelled, Ryanair should be providing hotels and meals until alternate flights can be sorted out. It may be that Ryanair have to book customers onto flights with other airlines if none of their own are available.