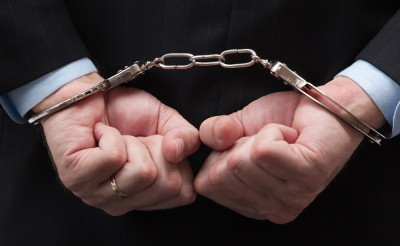 Police in Singapore have charged 3 men over their involvement in a timeshare termination scam. It is alleged that the 3 men defrauded 20 victims out of nearly £115,000 between 2012 and 2013. Investigators at the Commercial Affairs Department launched an enquiry into a company that was targeting timeshare owners, offering to help members terminate their contracts and recover money. They claimed that the company was appointed by the timeshare memberships developer to terminate or buy back the memberships.

Police also stated that the 3 men, aged between 34 and 67, who were found to be associated with the company in question, were charged in court on 7 December for cheating and abetment to cheat. They say the company made false representations to timeshare owners, such as claiming they had successfully helped many owners terminate their memberships. If found guilty, the three men could face up to ten years imprisonment and liable to a hefty fine.

Police have issued a warning to members of the public to be vigilant when receiving unsolicited cold calls from companies or persons claiming to be able to help them recover money from their timeshare memberships. They have asked members of the public to adopt the following precautions: Be wary if a stranger calls regarding your timeshare membership. Refrain from providing personal information. Conduct background checks on any company you are contemplating engaging the services of. Check with your timeshare developer if the caller claims it has been authorised by them to contact you.

Singapore is the 38th largest economy in the world and benefits from very low unemployment. This has helped to create a thriving holiday market and timeshare remains a popular option in Singapore. In recent years, authorities have tightened safeguards and eliminated loopholes regarding timeshare deals in an attempt to provide better protection for consumers.

Despite this, and the heavy penalties involved in Singapore law, timeshare owners are still falling victim to scam artists. Just like in Europe and the US, timeshare has earned a bad reputation. So in Singapore, timeshare scammers pose as legitimate travel companies, and even use job ads as a way to find victims. They post online ads and sometimes buy advertising space in newspapers, offering large sums of money and fancy job titles to work with them. When people show up for the interview they are actually being presented with a multi-level marketing scheme and subjected to a high-pressure sales pitch. Fraudsters try to sell unsuspecting candidates a timeshare termination product, which they can then go on to sell themselves. Scammers even go as far as creating fake email exchanges and documents to fool people into believing they are acting on their behalf, when they are actually scamming owners a second time by pretending to help with the first scam. They go to great lengths to scam victims, targeting vulnerable timeshare owners, desperate to get out of their contracts.