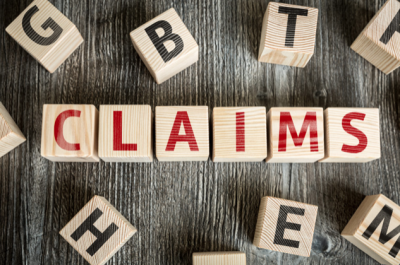 Here at Mercantile Claims, we have the pleasure of helping many clients end their nightmare timeshare experiences and helping them reclaim money for contracts that were mis-sold to them. It is extremely rewarding to be able to help so many clients, who more often than not have been through years of financial hardship, worry and stress.

Today, we have the pleasure of sharing with you, yet another successful claim for compensation for one of our lovely clients, who has received a settlement of £5,949.99.

Our client originally purchased their timeshare in the 90’s with Club Infiniti and for many years enjoyed some wonderful family holidays. They felt they had had great use out of their timeshare and were happy to continue using it. However after a devastating cancer diagnosis, they approached Club Infiniti and asked to be released from their contract due to ill health and being unable to travel. They explained how they did not want to end their contract but rather had to, as the cancer was terminal and they would no longer be able to take holidays together. Their pleas to end the contract were ignored over and over and they were even threatened with court if they did not continue to pay their maintenance fees, which by this time had reached over £1,000 a year.

The couple were at a loss as to what to do next, and one day received a call, out of the blue, from what they believed was a Club Infiniti representative. The caller was offering to help release our clients from their timeshare. All they had to do was attend a meeting and they would receive free accommodation for the night and a lovely meal. It all sounded like a great offer and they were interested to find out more. So the couple headed to their free night in a hotel, which they enjoyed, and the next morning were picked up by a friendly gentleman, in a nice car and taken to an office for the sales pitch. They soon realised during the meeting, that the company they were dealing with had no affiliation with Club Infiniti, however the offer sounded great and they were desperate to get out of their timeshare.

The couple paid on the spot. £2,000 sounded like a good deal, after all, Infiniti had threatened that their debt was going to be passed onto their children after they both died. This sounded like a reasonable amount to pay under the circumstances. After six months of waiting to hear that their membership had been terminated, the couple received a letter in the post explaining that the contract was still in place and they had been unsuccessful in terminating the timeshare. By this time, our client’s health had deteriorated further and they did not want to put any further energy into worrying about it. So they continued to pay their maintenance fees and put it to the back of their minds.

A year later, they had another invitation to attend a meeting, which out of curiosity, they attended. The company this time wanted £6,000 and promised to finally relinquish the couple’s Club Infiniti agreement. They enquired as to where their initial £2,000 had gone and were told that it had been stolen by a former member of their team. They were sorry, but this time they would definitely be able to end the contract. “We were confused by this, but they were so nice and kind to us, we believed them. They were so plausible, we agreed and they escorted us to Lloyd’s bank and we paid them via a credit card”.

Needless to say, this timeshare exit company, fulfilled none of their obligations to our clients and simply took the money and ran. Thankfully for our clients, we have been able to re-claim this money and after her husband’s death, this is a welcome resolution for her. “Finally I can put this whole experience to bed. My husband used to be a bit of a handy man and since he has been gone, there are things in the house that need fixing. Now I can do that with this money”.

People who enter into Timeshare agreements often find it difficult to keep up with the mounting maintenance fees and simply cannot afford it any longer. They may also find that the Timeshare no longer suits their needs and simply want to end the contract. There are too many individuals who are willing to take advantage of Timeshare owners and offer fake products, along with Timeshare exit schemes. Before agreeing to any Timeshare termination or exit procedure with an individual or company, seek independent advise and fully research any company you are thinking of working with.