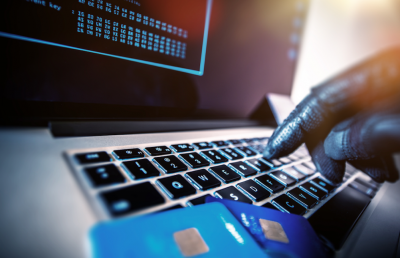 Tony Muldowney-Colston used a bizarre-looking, homemade machine to rob people of hundreds of thousands of pounds. The 53 year old from Brighton was accused of defrauding hundreds of customers and banks, but has finally been put behind bars. According to the Telegraph, Muldowney-Colston built the semi-automatic social engineering bank telephone machine allowed him to change his voice, making it easier to pretend to be genuine bank customers when speaking to the banks. It also played pre-recorded messages from the bank, helping him to fool customers.

During a raid on his home, police found the machine, along with multiple passports, 32 credit cards and a list of names and contact details belonging to victims and potential victims.  He had obtained more than £500,000 from accounts he accessed, but this was just the tip of the iceberg compared to the amounts he has massed over the years. He first gained notoriety in the 1980’s for throwing wild acid house raves across the country. He also became a successful professional gambler, and was banned from every casino in Britain. He then moved to Hong Kong and set up a company which manufactured parts for formula One Cars. It was when he moved back to the UK to start a family he began a life of fraud and drug taking.

Detective Inspector Philip McInerney from the Metropolitan Police Cyber-crime unit said: “The scam carried out by Muldowney-Colston affected hundreds of people across the UK, and had the potential to affect many more, He is an audacious criminal who only recently was released from prison for carrying out very similar offences. He shows no concern for the welfare of any individual or organisation, and has made it clear he will use a range of methods to achieve significant financial gain for himself.”

In 2014 Muldowney-Colston was jailed for five and a half years for his part in a fraud which stole £1.25 million from UK banks. He, along with others, used a ‘Trojan Horse’ device to hijack Barclays and Santander computers. Detective Insp McInerney added he was grateful for the assistance offered to the Met by banks hit by Muldowney-Colston’s activities. “This should send a clear message to anyone considering committing crimes of this nature that we have the tools and methods to identify you and bring you to justice.”

What you can do to protect your money.

It is not solely a banks responsibility to keep our money safe, we must also take steps to protect ourselves adequately. Most people think they wouldn’t fall for a fraudulent text or email and are too savvy to be scammed, but criminals are more sophisticated than ever. When it comes to your money, always think twice. Have you received an unexpected call, email or text asking you to provide personal information? Just because someone knows some of your personal details it does not mean they are genuine. They may know your full name, address, maiden name etc, but they could be a fraudster looking to extract more information from you in order to gain access to your bank account and your money.

2. Never give out your personal or financial details unless you are 100% sure who you are talking to.

3. Never automatically click on a link in an unexpected email or text. This could give a fraudster access to your personal details.

4. Always question people who contact you through cold-calling. Under new legislation brought in this year, it is now illegal to cold-call and individual unless you have given your specific consent for them to do so.

5. If you are in any doubt about who a caller is, end the call. You can always call the company back when you have obtained the company’s number from a legitimate and trusted source.