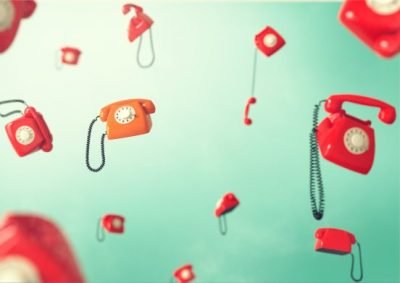 The FCC Hands Down Biggest Ever Fine For Man Who Made 96 Million Robocalls.

The US Federal Communications Commission have issued a $120 million fine to a man from Miami, Florida. It was alleged that he had been the mastermind behind 96 million robocalls, tricking customers with ‘exclusive’ sales of holiday and timeshare properties through unsolicited automated calls.

In 2017, the FCC first bought the case against Adrian Abramovich, stating that during a three month period in 2016 he made 96 million Robocalls. The commission proposed a $120 million fine for the offence.

A Robocall is a phone call that uses a computerised autodialer to deliver a pre-recorded message, as if from a robot.

Mr Abramovich was called to a Senate Panel in April of this year to face questions about his conduct in this offence. During the Senate Panel meeting, Abramovich stated “I am not the Kingpin of Robocalling that is alleged”. He denied engaging in fraudulent activities and said “it was always my intent with the FCC to negotiate toward an appropriate fine within my ability to pay such an amount”.

Abramovich declined to answer further questions from the Senate, invoking the US Constitution’s Fifth Amendment Right against self-incrimination.

The FCC said the calls violated US Telecommunications laws, appeared to offer vacation deals from companies such as Marriott International, Hilton, Expedia and TripAdvisor. After receiving complaints from customers, TripAdvisor complained to the FCC in 2016. The FCC investigated and found that customers who answered the calls were transferred to foreign call centres selling Timeshares and Holiday packages. These call centres had no association with the companies they claimed to represent.

The FCC said Mr Abramovich had spoofed his caller ID to make people believe they were receiving a call from a local number. This is a direct violation of US law.

Abramovich claimed to the Senate that he had been a legitimate telemarketer for more than 15 years and all his products were genuine holiday packages.

The FCC said that this was one of the largest illegal telemarketing scams they had ever investigated and potentially the most dangerous as it had repeatedly disrupted a critical telecommunications service used by emergency services.

Robocalls are all too common across the USA and UK. It is estimated that 4.5 million complaints were made in 2017 in the US. FCC Chairman Ajit Pay said ” Our decision sends a loud and clear message, this FCC is an active cop on the beat and will throw the book at anyone who violates our Spoofing and  Robocalls rules”.