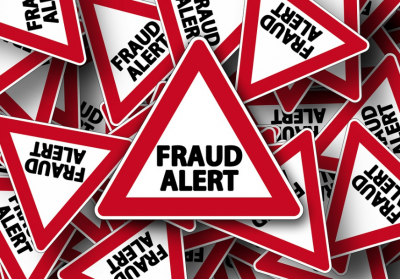 A victim help centre in North Wales, say record number of over 70’s are being targeted by scammers, and one victim has had £140,000 life savings stolen.

The North Wales Victim Help Centre, which offers advice to people who have been victims of online and telephone scams, say that there were 34,500 cases recorded in the last year. And they say the fraudsters behind the scams are “very clever and very plausible”.

Operations Manager at the Victim Help Centre, Ms Jacobsen’s own grandfather had recently fallen victim to a scam. She spoke to the Dailypost.co.uk and said: Very often the victims feel ashamed so one of the things the staff is trying to do is tell them it’s not their fault. These people who are committing the crimes are clever, they know who to target. Con artists are very credible, very plausible, that’s the trouble.”

Ms Jacobsen had been speaking at the launch of a victim awareness event, aimed at making victims of crime aware of the help available to them. She shared her grandfather’s experience of being conned in an elaborate telephone scam. “He said they were very believable and assured him it was absolutely fine. It just goes to show it can happen to anyone.”

Arfon Jones, North Wales Police and Crime Commissioner said: “I am very concerned about the increase in the number of fraud cases. We need to educate people to educate themselves, as well as catching the perpetrators. The work they do should be spread out regionally, especially in rural communities where the people living in them are quite vulnerable.”

The most common types of scams being used to target elderly and vulnerable people:

It is estimated that around £10 billion is lost each year in the UK to fraud and elderly people, especially those with dementia are at particular risk. Because older people are more likely to live on their own, and are often lonely, they become targets for fraudsters. And for some people, their only form of social contact is with commercial organisations, legitimate or fraudulent. They might receive telemarketing calls, emails or letters, or open the door to a scammer purporting to be a bona fide salesman or tradesman.  Sometimes strong relationships can develop between scammers and their elderly victims, if a high level of contact is maintained.

Direct financial scam: There are many direct financial scams and fraudsters are always coming up with new ways to scam money from vulnerable people. Some scams are so slick, even the most vigilant can be duped. It is important to remember that if something sounds too good to be true it probably is.

Romantic scams: A romance scam is a confidence trick involving feigning romantic intentions towards a victim, gaining their affection then using that goodwill to commit fraud. Fraudsters may try to contact you by making fake profiles, getting in touch and building what feels like a loving relationship. Once a fraudster using a fake dating profile is confident that they’ve won your trust, they will tell you about a problem they’re experiencing and ask you to help out by sending money. They may have arranged to visit you, but need money to pay for the flight or visa. They may tell you everything has been booked but their ticket has been stolen, and you need to send money quickly to get them on the next flight. Alternatively they may prey on your sympathies, telling you a family member or someone else they are responsible for is ill and they need money for medical treatment. Once you send them money, the fraudsters will keep coming back and invent new reasons to send them more.

Prize scams: Unexpected prize and lottery scams work by asking you to pay some sort of fee in order to claim your prize or winnings from a competition or lottery you never entered. To claim your prize, you will be asked to pay a fee. Scammers will often say these fees are for insurance costs, government taxes, bank fees or courier charges. The scammers make money by continually collecting these fees from you and stalling the payment of your winnings.

Protect yourself from scams:

Never respond to any emails, text messages, letter or social media that look suspicious, or that have bad spelling or grammar.

If someone you have never met before asks you for money, do not give them any and report it.

Always question uninvited contact. This is relevant whether it is on the doorstep, over the phone, by post or online. Always contact the company directly  yourself.

Never automatically click on a link in an unexpected text or email. Make sure you use a strong password, and change them regularly.

Trust your instincts, if you feel at all wary or suspicious, you’re probably right.