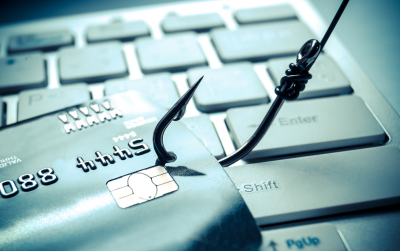 Over the past 12 months, HMRC has requested the takedown of more than 20,000 corrupt websites. HM Revenue and Customs claims to have saved the public over £2.4 million, by shutting down websites and fraudsters who run them. Most people with a mobile phone have probably received a text purporting to be from HMRC which looked authentic. The public have been made aware that these texts are fraudulent, by the government, who stated that they would never contact an individual by text, despite this being the way in which many people have been scammed.

Fraudsters alleging to be from HMRC send text messages to unsuspecting members of the public. These texts display false claims, such as suggesting the recipient is due a tax rebate. The messages usually include a link to a website, which obtain personal information or spread Malware. This is for the purpose of stealing a person’s money or theft of identity.

HMRC has trailed a new technology which stops Phishing texts from being delivered. It identifies these scams with tags that indicate they are from HMRC. HMRC says that this has created a 90% reduction in complaints of fake texts from the public.

HMRC have also implemented an email verification system, named DMARC, which gives emails added credibility when compared to fake emails, which are designed to trick recipients into handing over personal information. DMARC was introduced in 2016 and HMRC says it has blocked over 500 million Phishing emails.

DMRAC stands for ‘Domain Based Message Authentication, Reporting and Conformance’. It is an email authentication, policy and reporting protocol and designed to detect and prevent email spoofing. DMRAC is built on top of two existing mechanisms , Sender Policy Framework (SPF) and Domain Keys Identified Mail (DKIM). It is intended to combat certain techniques often used in Phishing and email spam, such as emails with forged sender addresses that appear to originate from legitimate organisations.

“HMRC is focused on becoming the most digitally advanced tax authority in the world, and a big part of that relates to keeping our customers safe from online scammers”.

“As email and website scams become less effective, fraudsters are increasingly turning to text messages to con taxpayers. But as these numbers show, we won’t rest until these criminals are out of avenues to exploit”.

“We have made significant progress cutting down these types of crime, but one of the most effective ways to tackle it is still to help the public spot the tell-tale signs of fraud”.

HMRC is working with the National Cyber Security Centre to further this work and extend the benefits beyond HMRC customers.