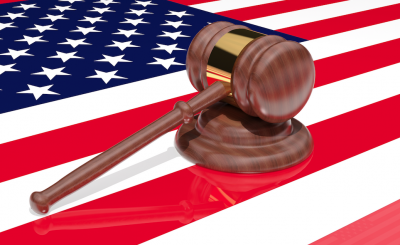 The Attorney General for Harrisburg, U.S. has announced that his office is putting a stop to a rogue timeshare company.

The office has filed a lawsuit against Groupwise, a timeshare termination company, and two of it’s employees and alleges that the defendants violated the Consumer Protection Law by failing to honour the terms of their service agreements.

The office of consumer protection had received 88 complaints from clients of Groupwise. All the complaints allege misconduct by the company, who charged a fee ranging from $3,500 to $6,300, which lead to the decision of pursuing action.

Groupwise operated as a timeshare resale services to customers all over the United States. For a fee they would take the owners timeshare off their hands and all costs associated with this, including maintenance fees, and would do so until a buyer had been found for their timeshares. However customers complained that they company failed to honour the terms of these agreements, instead pocketing the money and leaving the customer still burdened with the ownership of their timeshare along with the associated costs and fees. The lawsuit also alleges that the company failed to escrow the consumer’s payments, which is law in certain states to do so.

The company ceased trading in 2018, leaving over 900 customers nationwide with incomplete timeshare transfer transactions and no financial relief. The suit also alleges that to total lost to consumers is valued at $2.9 million. The lawsuit is seeking consumer restitution, civil penalties and costs. In addition to this the state of Pennsylvania is asking the court to ban the two individuals involved from ever engaging in the timeshare industry within their state.

“The defendants took advantage of consumers who were seeking relief from timeshares that they no longer wanted or couldn’t afford, and instead made their financial burdens even worse,” said Attorney General Shapiro. “Consumers should do thorough research when trying to get out of timeshare agreements to make sure they are wise about their options and don’t get scammed. I’m grateful for the hard work of my Bureau of Consumer Protection and Senior Deputy Attorney General Amy Schulman to hold this company and its officers accountable and secure relief for the consumers they scammed.”