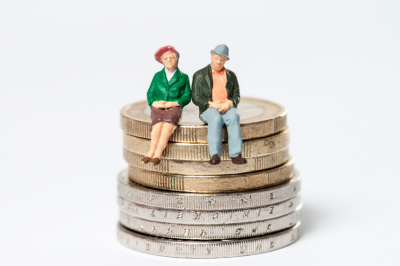 Thousands of people have lost their entire life savings through pension mis-selling, now the government has taken action and changed the law to stop this from happening.

Fraudsters have been using the term ‘Free Pension Review’ and over the past four years it is estimated that £46.7 million has been lost in pension cold-calling scams. And the stories of those who have been targeted are truly heart-breaking, with thousands of pensioners after having saved their entire lives, now facing financial hardship in their retirements. This lead to campaigners calling for an immediate pensions cold-calling ban, to help protect people from this type of financial crime.

From 9 January 2019, if you receive a call out of the blue about your pension, you can now be 100% sure that the call is fraudulent and the person on the other end of the phone is breaking the law. Treasury Minister John Glen Said: “Pension scammers are the lowest of the low. They rob savers of their hard-earned retirement and devastate lives. We know that cold calling is the pension scammers main tactic, which is why we’ve made them illegal. If you receive an unwanted call from an unknown caller about your pension, get as much information you can and report it to the Information Commissioner’s Office.”

Whilst the ban is great news for UK Pension savers, it doesn’t mean the risk has gone away entirely. Cold calls may be illegal within the UK, but it does not cover calls you may receive from abroad, a loophole fraudsters will surely look to exploit. Scammers are also likely to evolve new and more sophisticated tactics, so it is vital to remain alert to all the risks fraudsters pose.

Investors are often called out of the blue. Scammers will contact you via email, post or cold-call you. Free pension reviews are designed to persuade you to move money in your pension pot, into a high-risk scheme. Then, one of a few things may happen, depending on the type of scam. Some of these investments are outright scams and the fraudsters simply pocket your pension and run, whilst others may invest in unusual schemes, such as overseas property, forestry, storage units, care homes, biofuels or businesses you may not be familiar with. You may be promised guaranteed returns, or a cash sum to tempt you. And as they are promoted as long-term investments, it could be several years before you realise something is wrong.

Cold calling is currently, by far, the most common method used to initiate pension fraud. The issue is so serious, the government has announced new measures to protect people from pension scams. These actions, once in place, will include a ban on cold calling in relation to pensions, tightening of rules to stop scammers opening fraudulent pension schemes, and tougher action to prevent the transfer of money from occupational pension schemes into fraudulent ones. The ban on cold calling pensioners was due to come into force this summer but has been delayed until Autumn, according to the government.

Regulators recommend  these simple steps to protect yourself.

Do not trust unexpected pension offers, whether online, on social media or over the phone.

Check who you are dealing with before changing your pension arrangements. Contact the FCA if you are unsure and before you enter any agreement

Do not be rushed into making a decision about your pension

Get impartial advice and information

If you think you have been a victim, report it immediately.