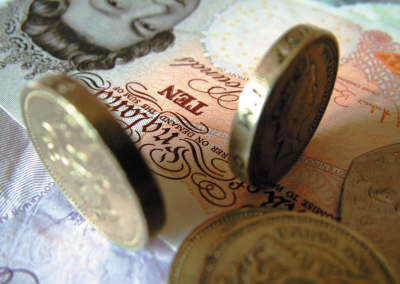 The High Court order the compulsory liquidation of rogue pension companies for misusing millions of pounds of pension savings and scamming up to 520 pension savers.

Fast Pensions LTD and five other related companies have been closed down in the interest of the public by the High Court. The official receiver in the Public Interest Unit North division is now the liquidator in charge.

The Insolvency Service discovered that 520 pension savers were tricked into investing £21 Million in 15 pension schemes, which now appear to be bogus.

Between 2012 and 2013, 520 people were coerced into transferring their pension savings from existing providers into one of 15 schemes, with Fast Pensions’ acting as the sponsoring employer.

The Insolvency Service was made aware of complaints by members of the public, about the management and operation of the companies. Following an investigation, the High Court ordered that Fast Pensions, and its related companies, be put into liquidation and cease trading.

Some victims were tricked into handing over their savings, after receiving cold calls questioning the performance of their pension funds and offering free pension reviews. In other instances, customers looking to obtain credit or finance were advised by the connected finance companies that they could get a loan, if they transferred their pension savings to one of the Fast Pension schemes.

The Insolvency Service said the advice these companies provided was inadequate, as they misrepresented the schemes on offer. Advisors also failed to disclose information around returns and the high risk and illiquid nature of the investments made by the schemes, as well as the benefits members would be entitled to.

Scheme members were also informed that their investments would consist of a wide ranging portfolio, but the funds were misused and were largely spent on loans to companies and other entities connected to Fast Pensions LTD.

The people behind these companies failed to co-operate with the investigation and did not maintain or produce adequate accounting records. As a consequence, the full extent of their fraudulent activity is unknown. It is currently unclear whether pension fund members are likely to have their money returned, until an independent trustee, appointed by the Pensions Regulator, can investigate further.

David Hope, Chief Investigator for the Insolvency Service said: “People work long and hard to put money away for their retirements but the six companies that have been shut down paid scant regard to their members. They used unsavoury tactics to attract members and failed to paint the full picture as to what would really happen with their savings. By shutting the companies down, the courts have put a stop to their unscrupulous activities and we hope this sends a strong message that we will robustly investigate and take action where people’s funds and savings are at risk.”

The independent trustee will take over the running of the pension schemes and it is anticipated that the application will take 4 to 6 weeks to complete.

Be Aware: Once you’ve transferred your money into a scam, you could loose all your pension money as well as face tax of up to 55% or huge additional fees.