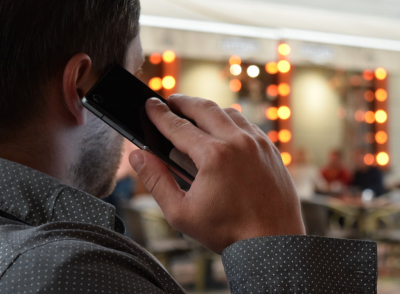 Virtual kidnappings are terrifying families across the US and authorities warn cases are on the rise in the UK.

“I have your son”, the terrifying words coming from their son’s phone number from a man claiming to be holding their son hostage, until they agree to pay up.

In April a couple in their 60’s from North Carolina, were terrorised for hours as they listened to every demand their son’s fake kidnapper was making. “If you call the police, I will know, I have a scanner” he threatened.

The caller ID on their smartphone said the call was coming from their son’s number, so the couple were convinced the man on the other end of the line, who also knew personal details about them, had kidnapped their son. He even knew their home address. The kidnapper demanded the couple purchase two pre-paid debit cards worth $750 each. They were then told to give him the card numbers and film themselves flushing the evidence down the toilet.

When they believed the ordeal to be over, the elderly victims, called the police who rushed to their son’s home only to find him safe and well.

Stories like this are becoming increasingly common due to the prolificacy of spoofing. Spoofing is a form of robo-calling that allows the perpetrator to alter the number they are calling from. In virtual kidnappings, they use that number along with personal information they find online, usually through social media sources, to fake a situation like a kidnapping. It is incredibly easy for scammers to do; it takes little effort and is highly effective.

How scammers fake a kidnapping

Spoofing involves a call placed from any voice-over-IP service, such as Skype, or a specialised app that allows users to enter any host number they want, whether it’s a made-up number, a number in their address book, or a bank. It’s so easy, anyone could do it.

Some of these scams also come from pre-paid phones that are not registered and not attributable to a person. The incidents can leave victims conned out of thousands and emotionally shaken. Because a scammer knows a potential victim is more likely to pick up if they recognise the caller, they target families. It’s hard to quantify how common the scams are, as authorities fear most people are too embarrassed to report the crime. In some cases, victims say they hear screams in the background pretending to be from a daughter or son. However, they occur they are often terrifying, with victims blinded by panic and this is when the fraudsters demands are met.

As virtual kidnappings become more common, here are some steps you can take to protect yourself and your family.

Social media: Ask your close family members to check and make sure they are not posting too much personal information on their accounts.

Ask your phone provider about anti-spoofing software: As robo-calling is being used more and more, some phone companies are starting to offer this service, ask your home or mobile provider if they can install this for you.

Have a family secret code word: Get a secret code word with your family that people can’t guess on social media. Most of the time if it’s a scam they are not going to know the code word and you can just hang up and call the police.

Ask them to slow down: Stall. Tell them you can’t hear them. Ask if you can call them back. Keep them talking. Scams like this fail as soon as the would-be target realises their loved one is safe.

Contact the victim: As you keep the person talking, text the alleged victim to see if they are okay. Because the scammer is only changing the caller ID and does not have the victim’s real phone, your loved one can respond.

Report it: Report it straight away and tell all your friends, family and neighbours. Often when a new scam appears a whole wave follows, this can help make others aware and question a fraudster, if they are targeted.