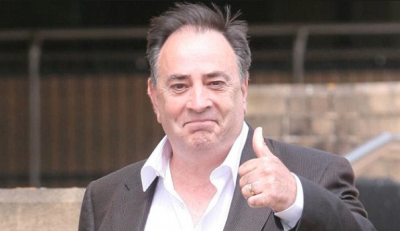 A timeshare conman who was jailed last year for scamming timeshare owners, has been ordered to pay back his victims.

Francis Madden from Bournemouth took holidays around the Mediterranean whilst ruling his business with an ‘iron fist’, obtaining hundreds of thousands of pounds from unsuspecting customers. He was jailed last year for 40 months and barred from being a company director again for ten years.

Staff at his companies, Central Marketing LTD, Glenleigh LTD and Reco Corp LTD, were instructed to cold-call hundreds of people a day inviting them to attend a two-hour presentation. Instead, sales reps subjected customers to unlimited hours of hard selling techniques, with the promise of valuable holiday products. Customers reported, after enduring hours of hard selling, during which loud music was played continuously, they were escorted to cash machines and forced to pay-up. They were then told that all contracts had a mandatory 14 day cooling-off period, which, when customers attempted to cancel, were told it was not possible to do so.

For the customers who attempted to use their holiday product, they found the accommodation was mediocre and not up to the promised higher standard. Customers also complained of limited availability when trying to book and the same holidays being available elsewhere at a significantly lower price. When customers attempted to complain, their calls and emails were ignored and the company eventually moved premises.

Madden cut the hearing short after he decided to enter a guilty plea and was subsequently convicted of fraudulent trading, breaching a suspended sentence from a 2012 scam he was involved in, and 8 counts of unfair trading. A subsequent Proceeds of Crime Act investigation into his financial affairs identified he had made £135,000 from the businesses.

At a hearing, Judge Stephen Climie ordered Madden to hand over £20,000 of available assets within the next three months, including £10,534 to be returned to 16 victims who assisted in the prosecution.

Councillor Lewis Allison of BCP Council, said: “Trading Standards staff from the former Poole and Bournemouth councils, supported by the South West Regional Investigations Team, spent many months contacting witnesses, pulling together evidence and untangling the complex web of his dishonest businesses and his financial affairs. We hope this confiscation order will go some way towards compensating his victims for their loss and serve as a deterrent that we will not tolerate fraudsters.”

Peter Haikin, regulatory services manager for Trading Standards, said: “These cases are extremely difficult to process but in addition to successfully prosecuting Mr Madden in 2018, BCP Council Trading Standards have now succeeded in getting him banned from being legally involved in the operation of any timeshare or holiday club related business for the next 10 years. We hope that this will put an end to any potential of Mr Madden’s fraudulent timeshare businesses operating again in the area.”

If you have purchased a Lifestyle / Concierge Service, a Timeshare or a ‘Holiday Points’ based product from a resort or company and feel unhappy with the service, or feel you have been mis-sold this product, please get in touch with us to discuss how we may be able to help you with a possible Money Back Claim