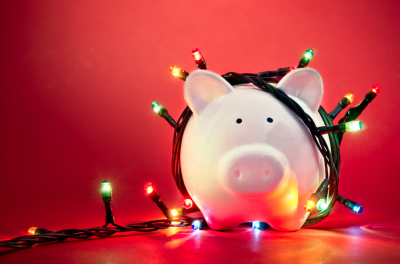 A dad from Scotland, no longer has any money left to buy his two children Christmas gifts after scammers stole his life savings from his bank account.

The 31 year old oil rig worker was targeted by scammers claiming to be staff from his bank. Rhys was the victim of a convincing number spoofing scam, where sophisticated scammers mask their real number behind the banks genuine number, to make the call look legitimate. The scammer masked his call so Rhys thought he was receiving a genuine call from Royal Bank Of Scotland, the fraudster then told Rhys his account had been targeted by fraudsters who were trying to steal money from his account. The fraudster had even managed to obtain detailed knowledge of Rhys’ most recent transactions, which made the call even more convincing. The fraudster managed to convince Rhys he was calling from the RBS fraud department, and knew about a direct debit he had recently set up with a car company for a servicing plan. He was then asked if he had changed his mobile number and had earlier received texts from what he thought was RBS, thanking him for changing his mobile number, even though he had not. This convinced Rhys that he was about to become a victim of fraud. The scammer asked Rhys a series of questions about his account which meant Rhys had given away crucial log in details the fraudster needed to access his account. The fraudster could now give Rhys detailed information about his transactions and suspend his account so it looked like he was the victim of a scam. The scammer then convinced Rhys to set up a new payee and transfer all the money from his three accounts into the scammers account, telling him it would be back in his account over the next few days. Rhys only learnt he had been the victim of a scam when the money failed to appear and he called his bank.

Incredibly, RBS have told Rhys he will not be getting his money back, he said: “It’s such a terrible thing to go through at this time of year. I’ve been left with virtually nothing. It makes me feel sick. The guy that did this to me, he doesn’t give a hoot about me. He’s taken all my money and he’s likely doing it over and over. He doesn’t care about his victims. If I had only read this story before, I would have put the phone down”.

He added: “When he gave me the account number and sort code, I said to him I didn’t feel comfortable doing this. He told me ‘don’t worry, don’t do anything you don’t want to do, but check the number I’m phoning from’. I did and it was the same as the one on my back of the card. When you see the person ringing you is your own bank – or at least the phone tells you it is – you trust it. I’ve been banking with RBS my whole life. I know it’s not their fault I gave over my bank details, but I want to see more done to stop scammers using this method. I still think they are at some fault. If someone has managed to get all my details from somewhere, then it’s not right.”

Rhys has been told he won’t get his savings back because the money has already been transferred out of the fraudster’s account.

In a statement RBS said: “We sympathise with Mr Tapley who has been the victim of a scam and appreciate that this has been a very distressing experience for him. We take our responsibilities to preventing scams very seriously and will always assist our customer in the recovery of their funds on a best endeavours basis. We are consistent in our education to customers to be vigilant when accepting calls claiming to be from their bank and we would never ask a customer to move money to another account to keep it safe from scams or fraud.”

What is a number spoofing scam?

Many phone handsets now let you see the number of the person calling before you answer. This feature – known as ‘Caller ID’, is a handy way of screening the calls you want to answer from the ones you don’t. However, there have been growing instances of nuisance callers and criminals deliberately changing the Caller ID, a practice known as ‘spoofing’. Scammers use easily accessible technology to change the number that appears on the caller ID display of your phone to a legitimate number from a bank or other organisation. The fraudsters pose as bank staff or government employees and attempt to persuade you to hand over personal details, passwords and even Pins. Sometimes they’ll send a text to your mobile phone, which will show up as having come from your bank. Once the payment has gone through you’ll receive another message acknowledging the transaction, confirming your belief that it’s genuine. Ofcom is working with international regulators and UK telecoms providers to resolve the problem. Some of the fraudsters are based overseas so it can be more difficult to pin them down. It can also be difficult to track down the cash once it’s gone:

What you can do to protect your money.

It is not solely a banks responsibility to keep our money safe, we must also take steps to protect ourselves adequately. Most people think they wouldn’t fall for a fraudulent text or email and are too savvy to be scammed, but criminals are more sophisticated than ever. When it comes to your money, always think twice. Have you received an unexpected call, email or text asking you to provide personal information? Just because someone knows some of your personal details it does not mean they are genuine. They may know your full name, address, maiden name etc, but they could be a fraudster looking to extract more information from you in order to gain access to your bank account and your money.

2. Never give out your personal or financial details unless you are 100% sure who you are talking to.

3. Never automatically click on a link in an unexpected email or text. This could give a fraudster access to your personal details.

4. Always question people who contact you through cold-calling. Under new legislation brought in this year, it is now illegal to cold-call and individual unless you have given your specific consent for them to do so.

5. If you are in any doubt about who a caller is, end the call. You can always call the company back when you have obtained the company’s number from a legitimate and trusted source.