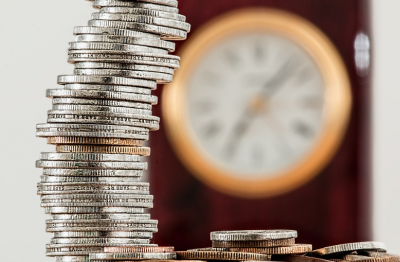 The Financial Conduct Authority and the Pensions Regulator is warning that 5 million pension savers could be at risk of losing everything to a pension scam.

The FCA and Pensions Regulator have released a new campaign aimed at pensioners warning them about fraudsters targeting peoples retirement savings. New research released has suggested that over 5 million people across the UK, could be at risk of falling for at least one of six common tactics used by pension scammers.

The research also shows that for people looking to boost their retirement pot, are at risk of falling victim to one of these scams increases to 60%. It also shows that people who consider themselves smart and financially savvy are just as likely to be persuaded by these tactics as anyone else.

Fraudsters will lure people in by first cold-calling them and offering a free pension review. They will claim guaranteed high returns, time sensitive offers or releasing money from their pension early. All very tempting offers, but could end up with victims losing everything they have saved for.

Nicola Parish from the Pensions Regulator told Action Fraud: “Scammers don’t care who they prey on or how many lives they wreck. If you ignore the warning signs you put yourself at risk of losing your savings. Victims are left devastated by what has happened to them. Make sure neither you nor any of your loved ones have to go through that ordeal”.

23% of those surveyed said they would be happy to talk to a cold-caller about their pension. This is a worrying amount as the government recently banned all pension cold-calls and released a campaign explaining that if people are to receive cold calls about their pensions, they should ignore it as it was likely a fraudster.

Pension fraud can have a devastating effect on victims, in 2018, the average loss to a victim was £82,000. People who lose their pensions could face retirement with nothing.

Minister for Pensions, Guy Opperman told Action Fraud: “Pensions are one of the largest and most important investments we’ll ever make, and robbing someone of their retirement is nothing short of despicable. We know we can beat these callous crooks, because getting the message out there does work. Last year’s pension scams awareness campaign prevented hundreds of people from losing as much as £34 million, and I’m backing this year’s effort to be bigger and better as we build a generation of savvy savers”.

Four simple steps to protect yourself from pension scams:

1. Reject unexpected pension offers whether made online, on social media or over the phone

2. Check who you’re dealing with before changing your pension arrangements – check the FCA Register or call the FCA contact centre on 0800 111 6768 to see if the firm you are dealing with is authorised by the FCA

3. Don’t be rushed or pressured into making any decision about your pension

4. Consider getting impartial information and advice

Pension savers can test how ScamSmart they are by taking a new quiz on the ScamSmart site. Visit www.fca.org.uk/scamsmart to find out more.