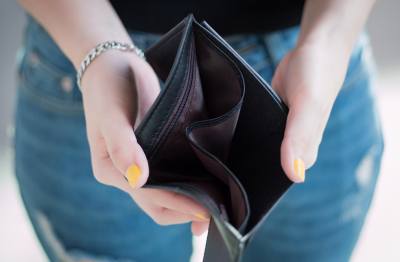 A woman from Milton Keynes made a shocking discovery when she checked online and found her bank account had been emptied by greedy fraudsters.

The Mirror reports that Andrea from Milton Keynes was devastated to find that fraudsters had somehow managed to empty her entire account. Her bank agreed to reimburse her, but it would take up to two weeks for the process to go through. Desperate for money, she decided to apply for a short term loan until the money was back in her account.

Fraudsters had stolen her identity after she made a complaint about her broadband service over Twitter. She received a very quick response from who she thought was Virgin Media. The response asked for her name, address and account number which she promptly provided. A new message was then sent stating that they were having trouble locating her account so they would need some further information.

They asked for her date of birth and place of birth, which she provided. The next message confirmed that the account had been located and asked for Andrea’s phone number. Andrea then received a call from someone purporting to be a Virgin customer services agent. The man on the phone said that he needed to ask a security question first.

He then proceeded to ask Andrea for the bank details of where her direct debit is paid. She gave this information. Andrea took screenshots of the Twitter communications at the time so that she had a record of what had been said.

The account has now been suspended, and Virgin Media have said “any accounts claiming to be us are reported immediately through the appropriate channels”, but it’s a clear warning to never trust anyone who contacts you directly and asks for bank details or any other personal information.

Protect yourself from scams:

Never respond to any emails, text messages, letter or social media that look suspicious, or that have bad spelling or grammar.

If someone you have never met before asks you for money, do not give them any and report it.

Always question uninvited contact. This is relevant whether it is on the doorstep, over the phone, by post or online. Always contact the company directly  yourself.

Never automatically click on a link in an unexpected text or email. Make sure you use a strong password, and change them regularly.

Trust your instincts, if you feel at all wary or suspicious, you’re probably right.